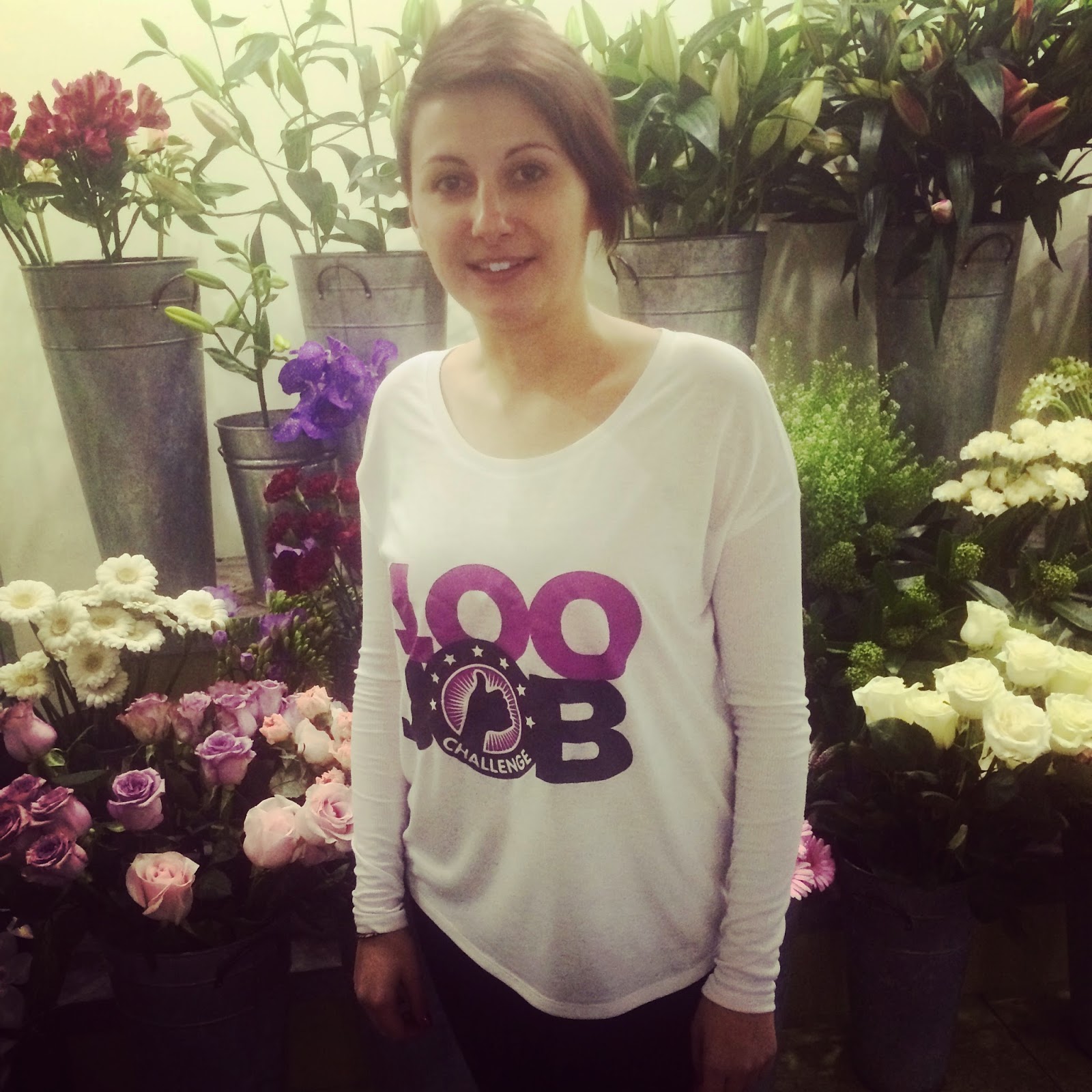 Even before I stepped foot in Floral Explosion’s doors I learnt a valuable lesson…wrap up warm! Unlike myself, cut flowers aren’t a fan of the heat...and unfortunately they win!


This was definitely my favourite job to date, I’m not sure I’m actually going to be able to choose one job at the end of this challenge as I have liked 4 out of the 5 jobs so far!...oh well!


There is absolutely loads that I didn’t know about being a florist, so it was nice to be doing a job where it really is rather different to my expectations. I think I was looking forward to this job the most, as I figured that you’re making people smile all day, as everyone loves to receive flowers – although apparently that isn’t always the case! Plus it’s the delivery driver that gets the good bit of seeing people’s faces light up. However there were a few phone calls even in the 2 days that I was in,  where people were calling to say how absolutely over the moon they were with their flowers…So lovely that people take the time to do that!


I was really surprised to find out that when the flowers are delivered to the shop every day, they need to be ‘conditioned’ before they can be used – which means you have to prepare them for the shop floor, and is different for every flower. Some just need the leaves stripped and the stem cut, while gerberas have to be wired and roses have to have their thorns removed. Actually a pretty therapeutic job.


There is a super special tap in the kitchen that fills up the pots with food & bleach in the water (apparently there is some truth to the old wives tale). This helps to keep the arrangements fresh, did you know that the main reason that flowers don’t last very long is that we don’t change the water – we don’t like drinking dirty water, and they don’t either!


My first job was to make 38 small table arrangements that are delivered every week to the local golf club. That also means there are 38 vases to clean…didn’t think about that! Some were even nearly as tall as me, I didn’t get to see how those get washed.


The work that they get is spilt into 3 – funerals, weddings and arrangements. I made a funeral ‘pillow’ on my first day. Not only is it nice to make something that will make a sad day special, but it’s also really satisfying seeing the piece evolve into the finished article. I hadn’t really considered how much funeral work a florist would have, but that also means that you have to be very understanding with people. Funerals and dying are something I’ve never been very good at talking to people about – I’d have to get over that! It’s also a really good opportunity to get creative, as a lot of people want something made on request to symbolise something special between them and the person who’s funeral it is. 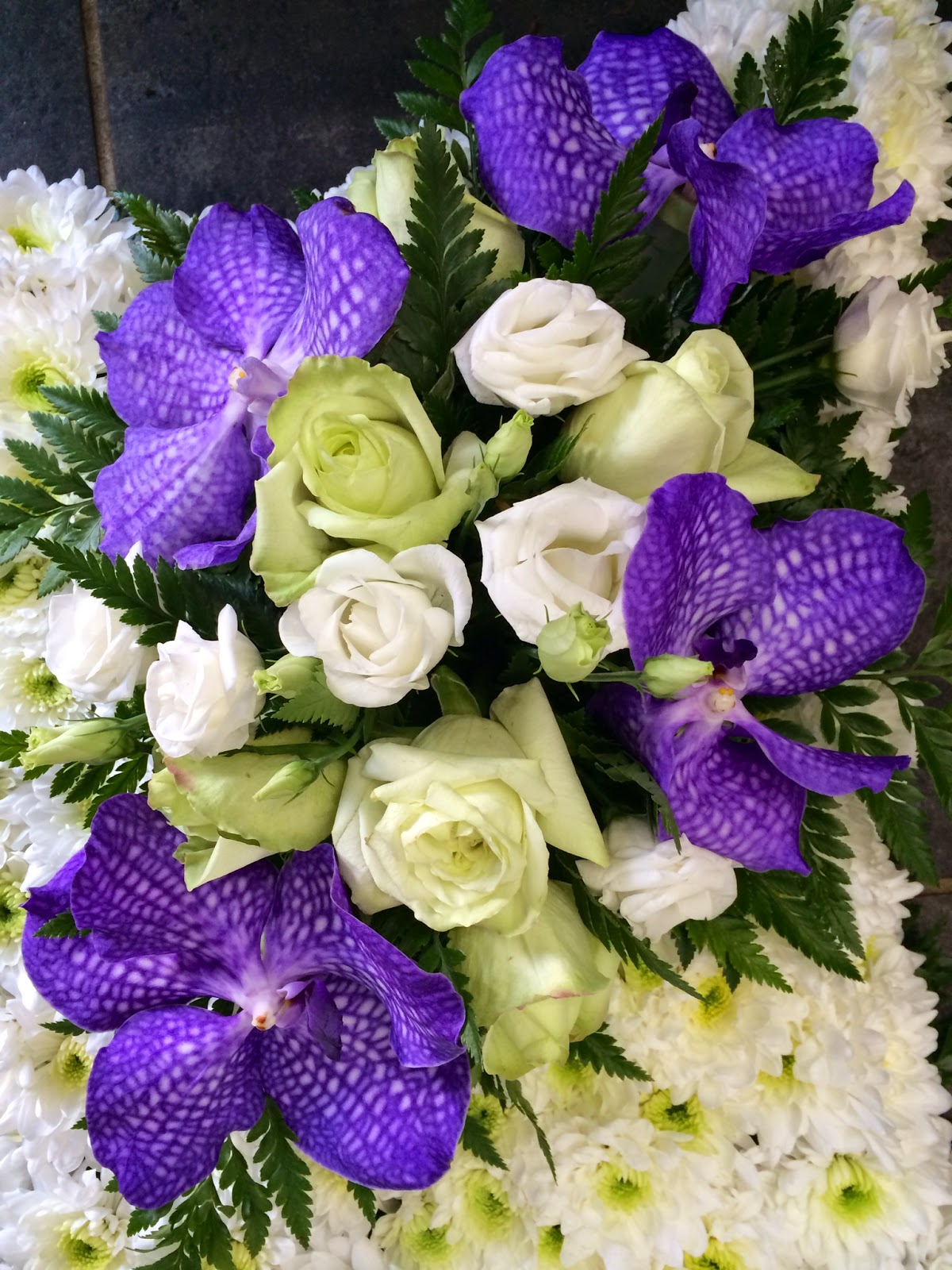 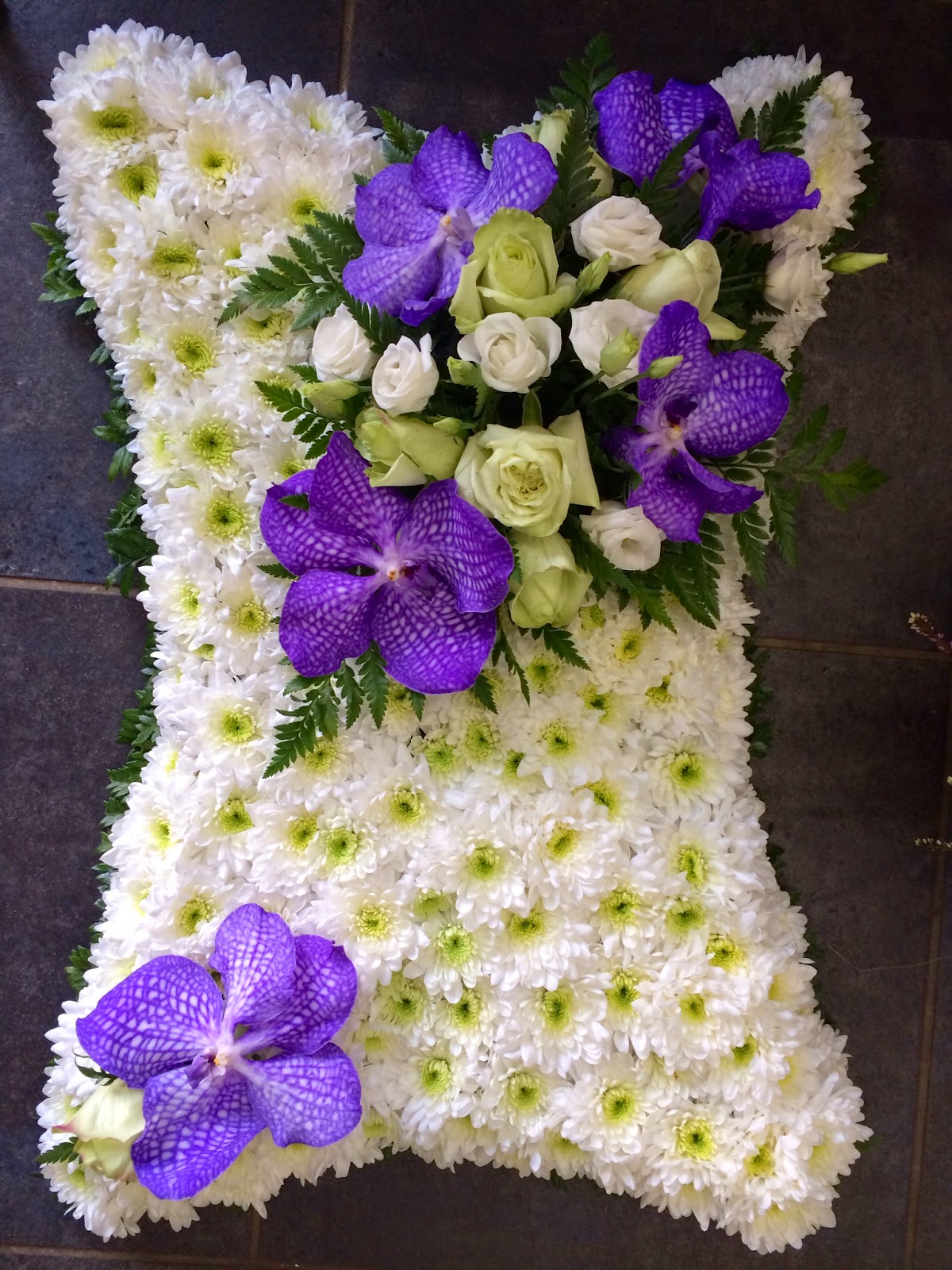 On the second day I made some table centre pieces as an example of what could be ordered for a wedding. That was really fun, as I was allowed to choose any flowers from the shop floor, as long as they were in keeping with a ‘country’ theme. I think they looked pretty cute! 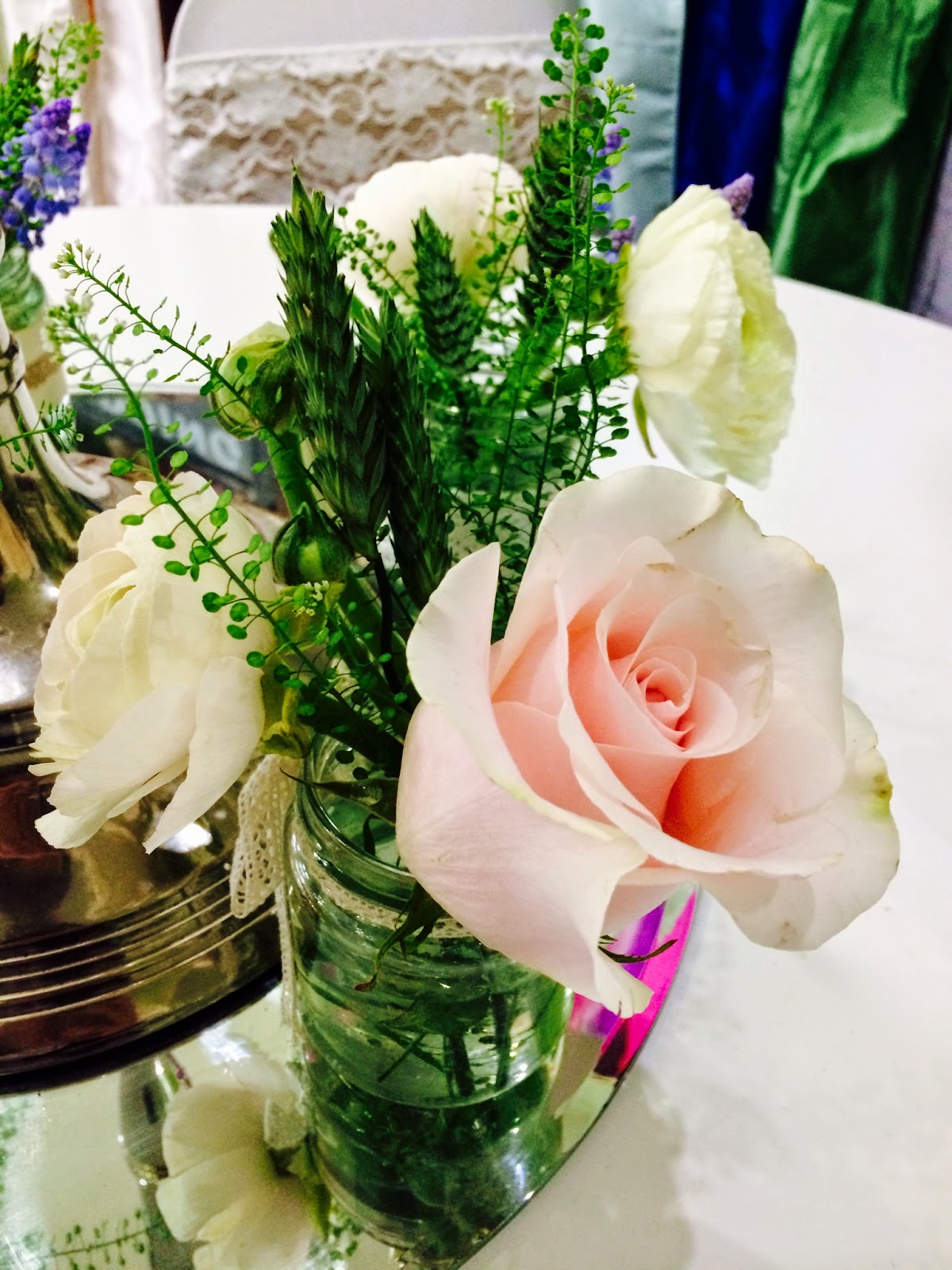 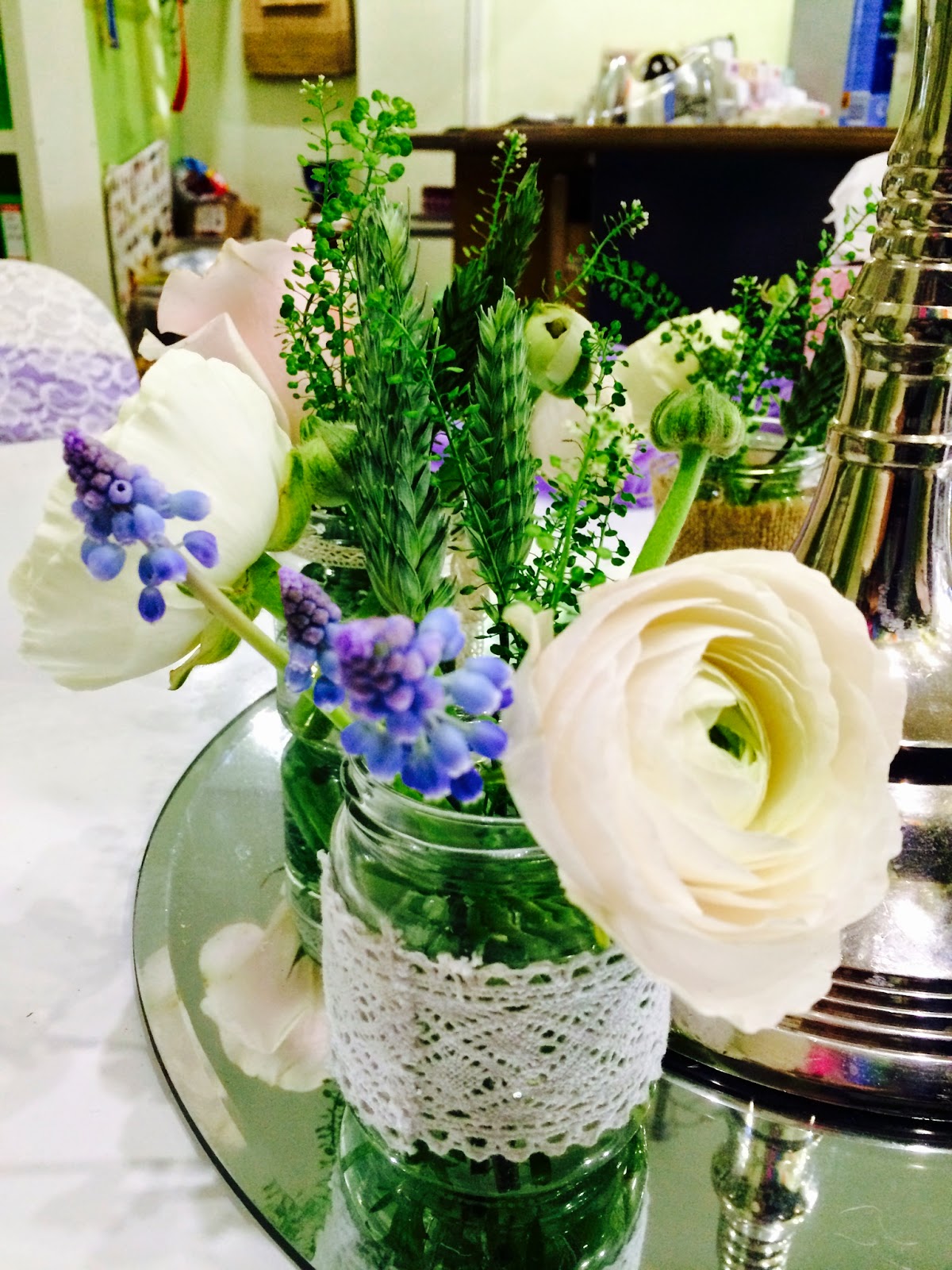 It was really interesting to learn how flowers are brought by the florists too. All of the world’s flowers are sent to Holland to be sold at auction, buts it’s not your normal auction – the price starts high and goes down until someone hits the button to buy. So if you desperately need a certain flower, you’d hit the button straight away to ensure you get it – but that obviously increases the price. The auction being held in Holland means that all the flowers that are available to buy online are named in Dutch – so you have to know a spot of Flemish to know what your ordering! This also causes problems in other areas as for example Milka is the dutch name for a colour that we don’t have a name for, and vice versa there isn’t a word for purple in Dutch! So to combat this all of the colours are done by number instead (which apparently isn’t always correct).


People from all over the world are limited to the same selection of flowers as you are, so you have to be fast with what you want, as once it’s gone it’s gone! Once the order has been placed it’s on the van and on it’s way within 15 minutes – pretty impressive! Becky said that she usually designs the piece in her mind while she’s ordering. If a customer wants a specific flower and colour, it can be tricky as it might not be available, but apparently in that case she would have to go directly to the grower. She also has to take into consideration the climate of England, as different flowers like different climates. 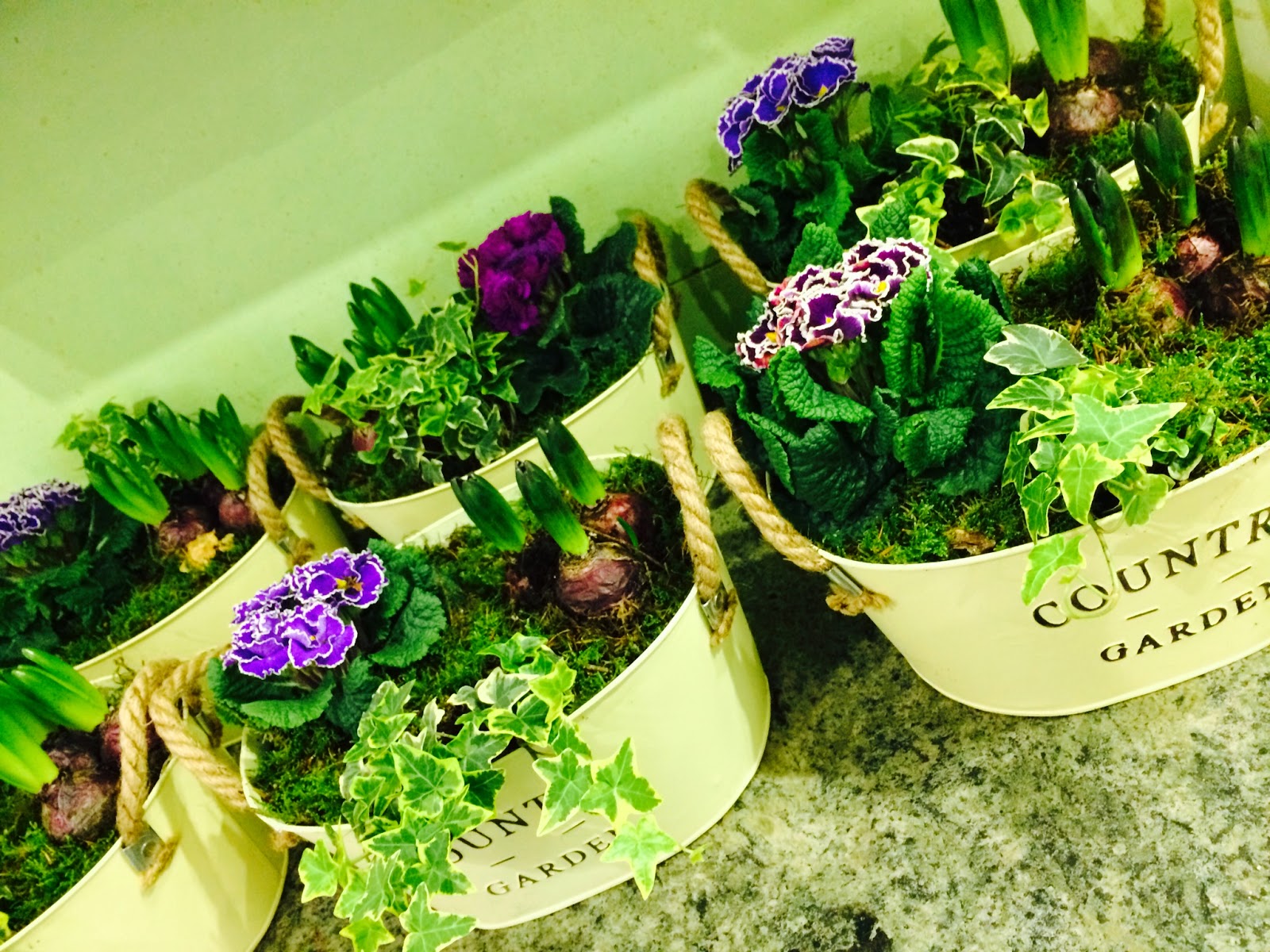 Something else that can be very tricky is the fact that people aren’t always organised – so for valentine’s day for example Becky & Paul have to guess how many roses they are going to sell. They ordered 400 roses months before valentines at a great price, but then a few days before had already sold all those – they made the decision to order another 300 at a much higher price, apparently they could have sold another 300 again! It’s very much like gambling, as people won’t pay a higher price for the roses – so you obviously don’t want to order too many that you won’t sell, but on the other hand you don’t want to turn people away and miss potential sales. Plus nobody wants to buy a rose straight after valentines, so it sounds like an impossible task to decide just how many to go for.


Overall I loved my 2 days with floral explosion, the team made me feel so welcome. It was so nice that they let me get involved in so much considering I had no idea what I was doing. I have definitely learnt the most from this job, and have now even managed to get a bunch of flowers to last 2 weeks now I have the right know how! I certainly think at the end of my challenge being a florist will be a contender (I know I am only at job #5 of 100!), I love that it’s creative, whilst cheering people up and two days are never the same.


I asked Becky to answer a few questions to see if floristry is a bloomin’ marvellous as I think it is!


How long have you been a florist?


I have worked as a florist for 12 years.


How did you get into the job?


My first job as a Saturday girl was at a florist, I went back to the profession after I had children. From education I went into marketing which I loved, but when I had children I changed career paths so that I could run my business around my family and not have to commute.


What is the best thing about the job?


I’ve always dreamt of having my own florist, even as a little girl, I’m lucky that I can make my living out of something that I love.


What is the worst thing about a job?


The worst part of the job is working in the cold!


What stress rating would you give this job out of 5? (1 being relaxed and 5 being super stressful)


The job can be quite stressful if you have a deadline to meet for a wedding or funeral, so you have to work at a productive speed but still keep your standards high and produce beautiful work. Mother’s day & Valentines day have a stress rating on 5! But the rest of the time I would give it a:

It was so nice to meet someone who is actually doing their dream job…hopefully that will be me soon! Thank you so much to all the team for having me.
If you ever have a reason to buy flowers I 100% recommend you go to Floral Explosion!...and they didn't even pay me to say that! www.floral-explosion.co.uk
Posted by 100JobChallenge at 10:33