Have I found a cure for MVBD?

I would like to start by apologising for being so quiet on here for the past few months - it has partly been a conscious choice and partly a choice made by the universe! As you have probably gathered, this 100 Job Challenge has been so much more than just trying out jobs for size. I have been learning so so much as a person, and am constantly evolving. It's been such an incredible journey, but certainly an unexpected one!
Before I was struck down by MVBD (which coincidentally I think I was meant to get, so that it would guide me to all of these wonderful lessons!), I was let's say a perfectionist - to put it mildly. I had so much crap going on inside that I really didn't want to deal with, so looked for self value in perfection. I seemed to think that the more perfect I could be the less I would hate myself...apparently it doesn't quite work that way! I ended up being unable to spend even a second in my own company, and as a result had absolutely no idea who I was! Then along came MVBD who not only forced me to spend a LOT of time alone both literally and mentally but also made it very difficult for me to fill my time with mindless distractions as a lot of the time I couldn't even leave the sofa! Anyway why am I telling you all this - well the whole experience has made me believe in something so much bigger than myself. I now believe that everything that happens is for a reason, and there is no such thing as a good or bad experience - it just highlights learning that needs to be done! I am now able to say that I am so grateful for getting ridonculously Ill! Anyway, I thought I'd learnt a lot and so I asked the universe to be healed (if it was the right time of course, as I believe it knows what's best for me far more than I do!), and low and behold I received a message from a friend telling me about a unique treatment that they had tried and that had cured them...thanks universe, and Giuseppe! That was on the Monday evening. On the Tuesday whilst having a lovely morning stroll with my dadio I asked if he fancied a road trip to Germany so that I could try out this new treatment! He said yes - no persuasion required! By the Tuesday afternoon the appointment was booked, work for that week was cancelled and in a few weeks I would be on my way to freedom! Something else that I have learnt is that if something is meant to be then it isn't an effort, not to say it won't be a lot of work (nothing like a couple of 24 hour road trips to test your endurance!), but it will all come together easily without having to be forced!
So on Monday 15th February 2016 we drove 800 miles through 5 different countries in 22 hours to try this new treatment. I just knew this was the answer to my prayers, quite literally! We travelled through rain, wind and snow but everything worked out to perfection. We arrived for the ferry at 1.30 in the morning and drove straight onto the boat, after a 6 hour drive we arrived at my appointment with about 5 minutes to spare, as I'm sure you can guess we drove straight onto the ferry home too! 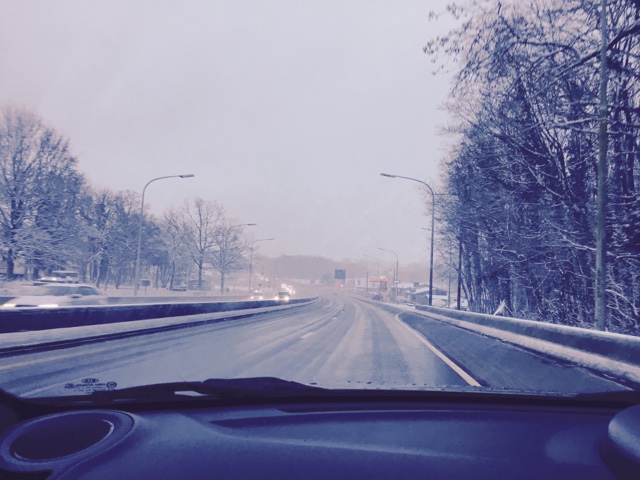 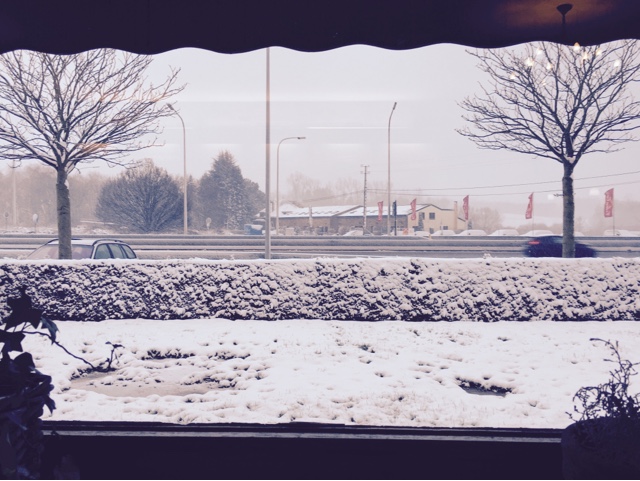 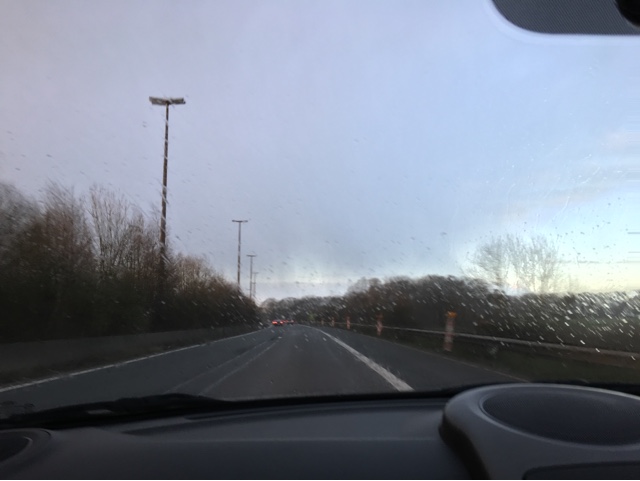 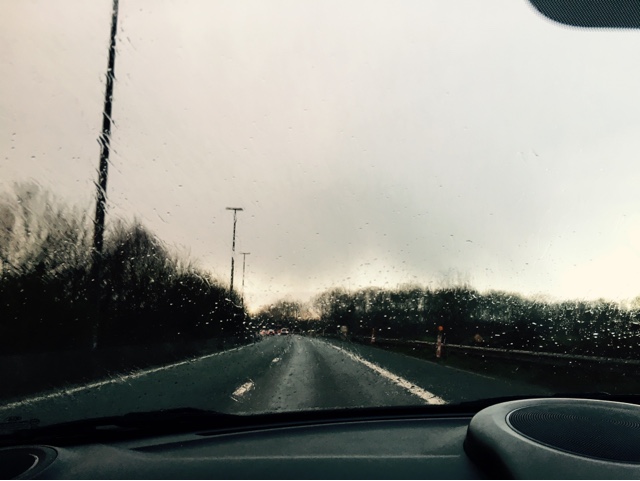 At the start of the appointment we discussed the numerous symptoms that I was experiencing and the possible causes. I should probably tell you what the treatment is first shouldn't I?! At the very top of the spine there is a bone called the Atlas bone, this is a ball and socket joint that is held in place by a LOT of muscles - it holds your head on! There are various reasons why it can become dislodged (and held out of place by all those muscles), which can then cause unlimited symptoms, makes sense as its where all the messages are carried from the spine to the brain! Now you know what it is I shall continue! I then had to whip off my top and have a photoshoot with a laser level to see the state of my back...it was pretty bad! I guess when you have had something for so long you just learn how to deal with it and don't realise how painful it actually is. I knew that the treatment involved 2 rubber tipped 'drills' that vibrate at seriously high speeds to relax the muscles, but that was about it!
I laid face down on the bed and Immo felt to see if he thought the bone was misaligned (incidentally if it isn't then you aren't charged for the visit), he thought it was, but had then do an hours massage with these drills to check it wasn't just that the muscles were giving a false view on things. This was supposed to be the nice bit, but unbeknown to me my back was in such a state that this was far from relaxing! Luckily I had my meditation to get me through, although I still think it's amazing that he managed to get my muscles to relax when I was far from it! He then had another feel to see if the atlas was out of place, which is was! Hooray - after reading their extensive website I just knew that it had to be. He sheepishly said that now would be the next part of the treatment, that was a little more painful...he said in that tone where you just know he is lying when he says a little, and I can confirm he was! Luckily this was the quick bit! I had to sit with my head against his chest (so that he could get maximum muscle power!), he then got one of the drills and pushed it as hard as he could into my skull 3 times - wow! I was so proud that I'd managed to get through it...then he says let's check the rest of your spine...whaaaat?! I thought that was it! Of course my C2 was also out, and this one has to be drilled from both sides...yay! A fair few other vertebrae were also not where they were meant to be but luckily they were done manually rather than with the drills! Immediately after the treatment I felt like I had been given a brand new body - whilst at the same time feeling like I had been beaten up...Ironic eh! I had actually grown an inch and a half taller! My shoulders finally sat where they were supposed to and I felt like an owl I could twist my head so far! I headed back over for more photos which showed just how much better my back was looking.
It turned out I had scoliosis - which is a curved spine. I remembered I had been diagnosed with it when I was about 12 but after several osteopathy appointments thought nothing could be done so had forgotten about it and learnt to deal with it. Apparently the type of scoliosis that I had is caused by the atlas bone being misaligned...it all started to make sense! I was also in a pretty bad car crash when I was 16 that broke my nose and collar bone when I head butted the person next to me (sorry Owen!) - which was obviously a big impact to my poor little head! Then a few days before the whole MVBD saga began I was at a festival, and went on the most furious funfair ride I have ever been on throwing my head all over the place! Doh! 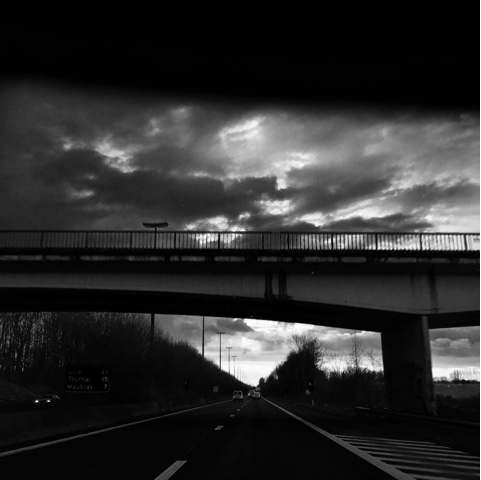 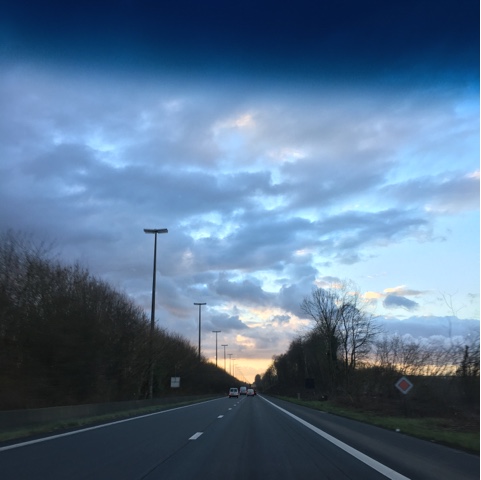 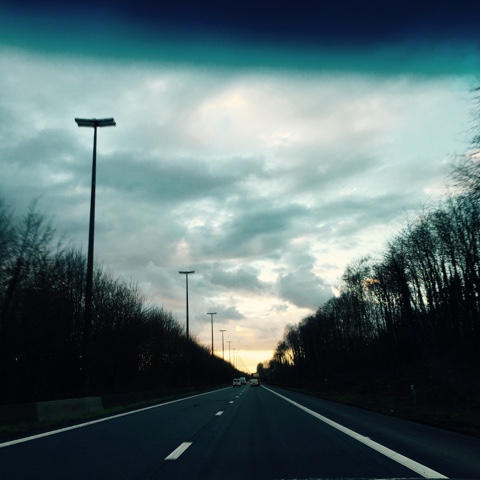 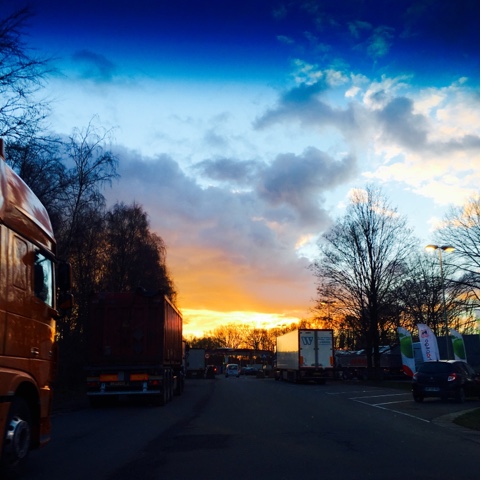 Since starting the challenge I have now sadly got quite a few friends that I have met with MVBD, although I am very glad to have them in my life and think they are awesome! I often propose my latest theories to them to try and find a common link between all of us! Turns out all of us except one suffer with bad backs and have been involved in some sort of accident! The atlas can also be misaligned at birth, so my theory definitely isn't ruled out! Anyway, I have taken up enough of your day! I will publish a separate post to tell you whether the treatment worked or not! Thank you so much for reading and for all of your support.
Love
Bobbie :-)
P.S If you would like to find out more about the amazing treatment that I had then here's the link: https://www.atlantotec.com/en/ 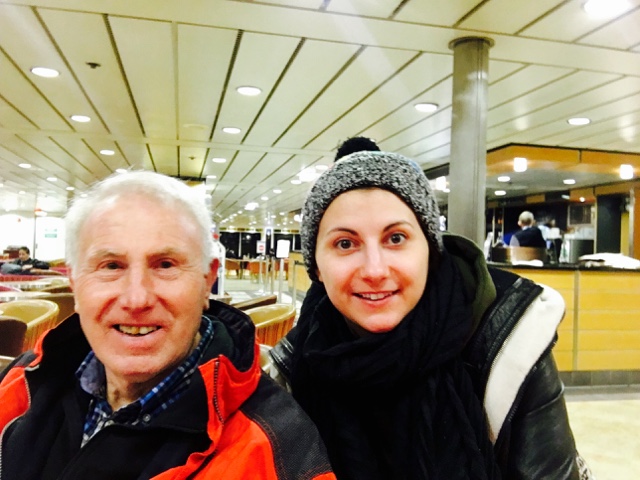